Hurghada is Egypt’s oldest and most famous resort.

Offshore, is the colorful and bizarre Red Sea world of coral and fish life that first brought Hurghada to worldwide attention, while back on solid ground, the once tiny fishing settlement has mushroomed into a resort city catering directly to tourism.

For northern Europeans (who make up most of Hurghada’s tourism influx) this is a prime winter-escape destination with sandy white beaches and blue skies in abundance throughout the year.

But while Hurghada’s main attraction tends to be flopping on the beach, there’s plenty more, both in the water and on dry land, for travelers who want a taste of adventure.

The Giftun Islands are one of Hurghada’s most popular boat excursions with prime swaths of white sand to soak up the rays and snorkeling opportunities galore on offer.
For those who aren’t scuba diving enthusiasts, the easily accessed coral reefs surrounding the island shore are an excellent taster of the Red Sea’s beauty.

Snorkeling or even just paddling close to shore, you can spot plenty of fish life flitting through the clear water.
Those not interested in underwater exploits can simply claim a palm-frond shelter on the beach, sit back, and enjoy the sun.

Hurghada Marina is a rather swish and modern addition to the central district of Sigala and the town’s major dining destination.
At sunset, this is the place to promenade while soaking up the last of the evening light before heading to one of the many cafés or restaurants for a meal.
Dining with views over the bobbing yachts and the Red Sea stretching to the horizon can’t be beaten.

Egypt’s Straits of Gubal, a narrow strip of water squeezed between the Red Sea Coast and the Western shore of the Sinai Peninsula.
Is one of the country’s major diving destinations and is easily accessed from Hurghada.
This strait’s vast coral pinnacles have proved a tricky customer for seafarers trying to navigate through here across the centuries, and today, it is renowned for its wreck diving.
Egypt’s most famous wreck, The Thistlegorm (a WWII cargo ship that French diver Jacques Cousteau discovered while exploring the area in the 1950s), is among the strait’s many dive sites.

Hurghada’s best patches of sand have all been claimed by the shore-side resorts that stretch along the coast on both sides of town.
Even if you’re not staying in one of the hotels, nearly all of the resorts offer day-access to non-guests.
To really sample Hurghada’s beach life though, you should book yourself in for a few nights of resort living.
The best beaches lie south of the main town area (called Sigala) in the unimaginatively named “Resort Strip”.
Travel a bit further south, and you get to the area known as Sahl Hasheesh, which is home to some of the Red Sea coastline’s prime pieces of white-sand beach and best hotels.

This diving area, just north of Shadwan Island, is a fantastic site to submerge into the sea with five shipwrecks to explore.
The main attraction is the wreck of the Carnatic, a UK cargo ship sunk in 1869, which is still in incredibly good condition with its skeletal remains home to flourishing coral and abundant fish life.
The Greek ship Chrisoula K (sunk in 1981) and the German Kimon M (sunk in 1978) are two more popular wreck dives in this area with plenty of opportunities to spot lionfish, triggerfish, and pipefish among the wreckage. 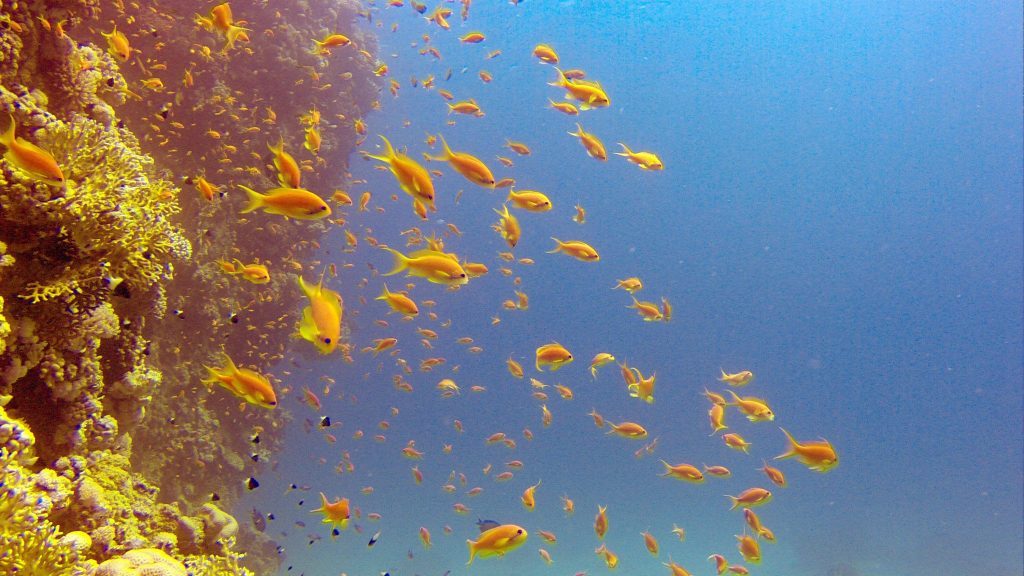 Known also as “The Aquarium,” Gota Abu Ramada is a wall dive site with huge amounts of marine life.
One of the most popular dive sites near Hurghada, it is used by many dive operators as a try-dive site for novice divers, but more advanced and experienced divers will also enjoy the huge variety of sea life.
Triggerfish, lionfish, and clownfish are always whizzing through the ethereal blue waters here, and many divers also manage to glimpse the resident eagle rays. 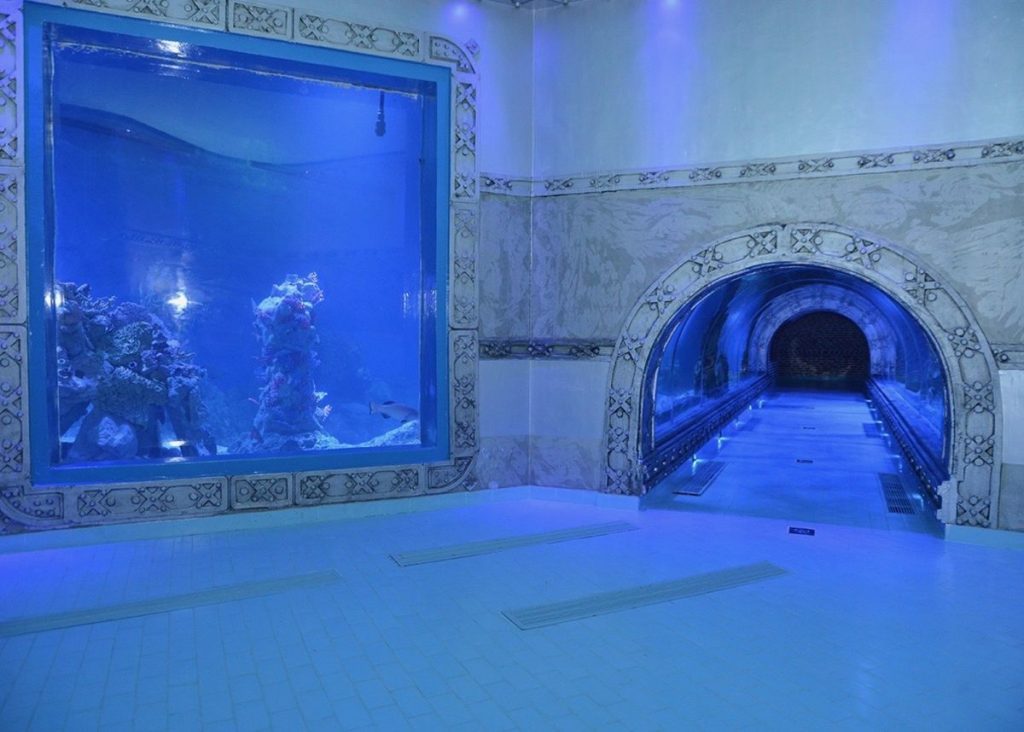 Hurghada Aquarium
If you’ve been out snorkeling or diving and want to identify what you’ve seen, then Hurghada Aquarium, in the northern part of town (known as Ad-Dahar) can help you.

These days, the aquarium is showing its age and could do with an update, but it still has the only decent display of Red Sea marine life in Hurghada.
For non-swimmers it’s also a good chance to see the Red Sea’s abundant fish life up close.